Melt is an installation displaying a jersey Sweatshirt melting into the ground. With ‘MELT’ we shape and deconstruct the Ego in real life. With each step, the Ego increasingly lets go of social structures and self-centredness.

The melting process is displayed with 4 pieces, each representing a further step of the phase transition. The digitally created garment was animated in a 3d software as a fluid motion and then exported into 4 patterns which were exported and manually sewn and assembled.

The shirt was realized by using high resolution 3d scans of a figurine as a template. The polygon count was reduced to a minimum of 360 polygons and drapes and creases were sculpted into the piece. By using a melting modifier the characteristic look was created and further shaped until a fluid dynamic was achieved. The first and the last position was keyframed and morphed into its various states of the installation. a 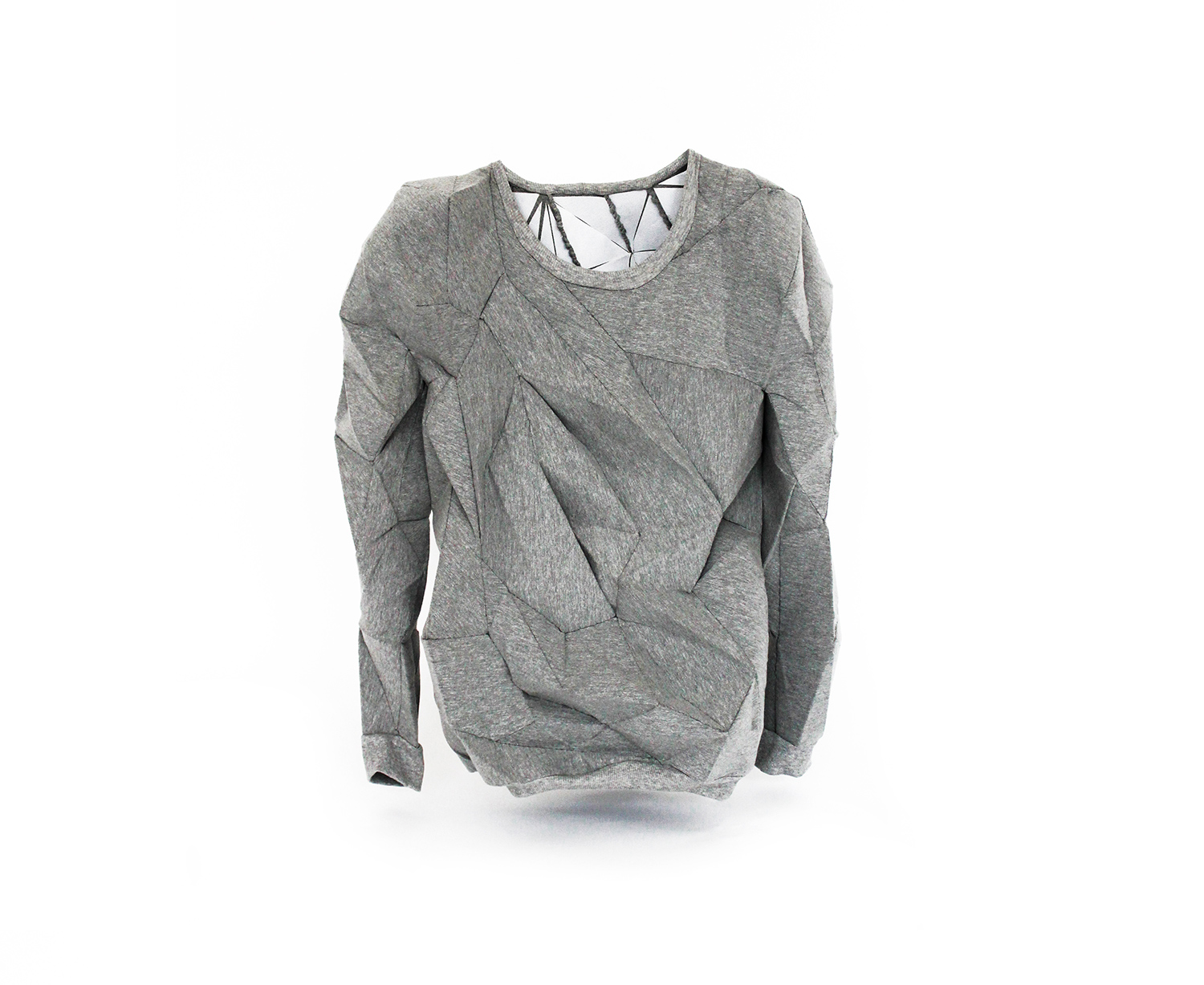 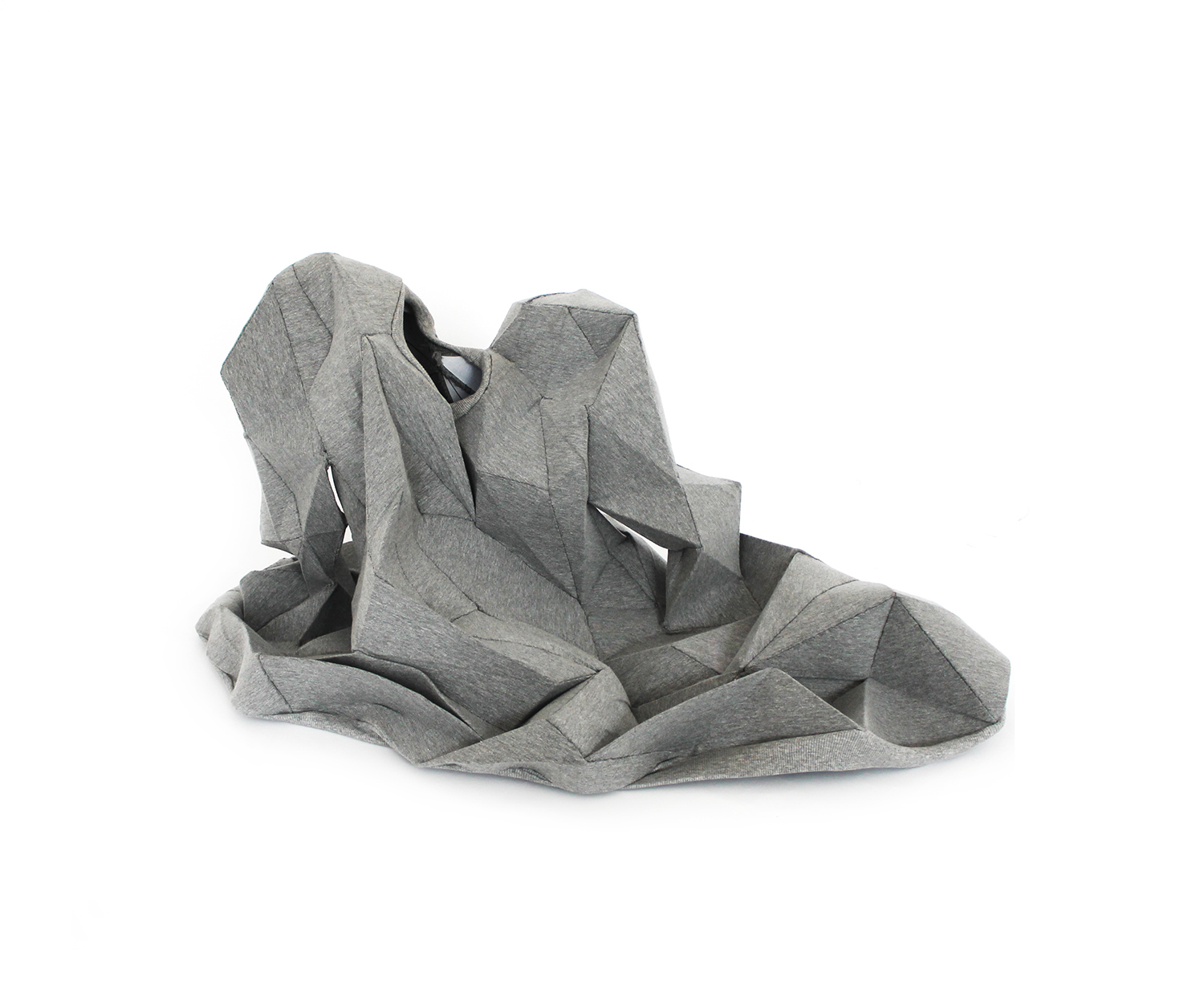 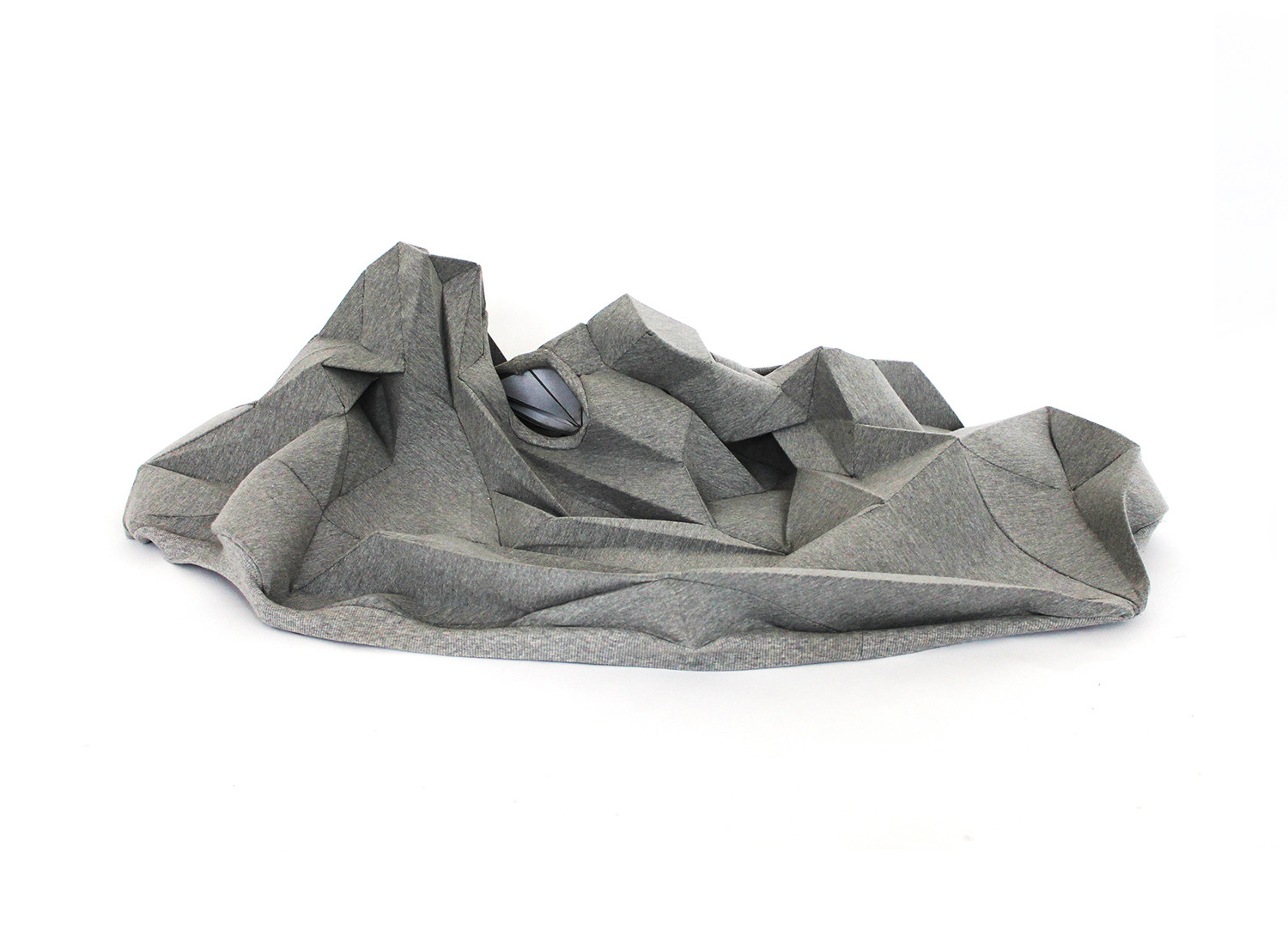 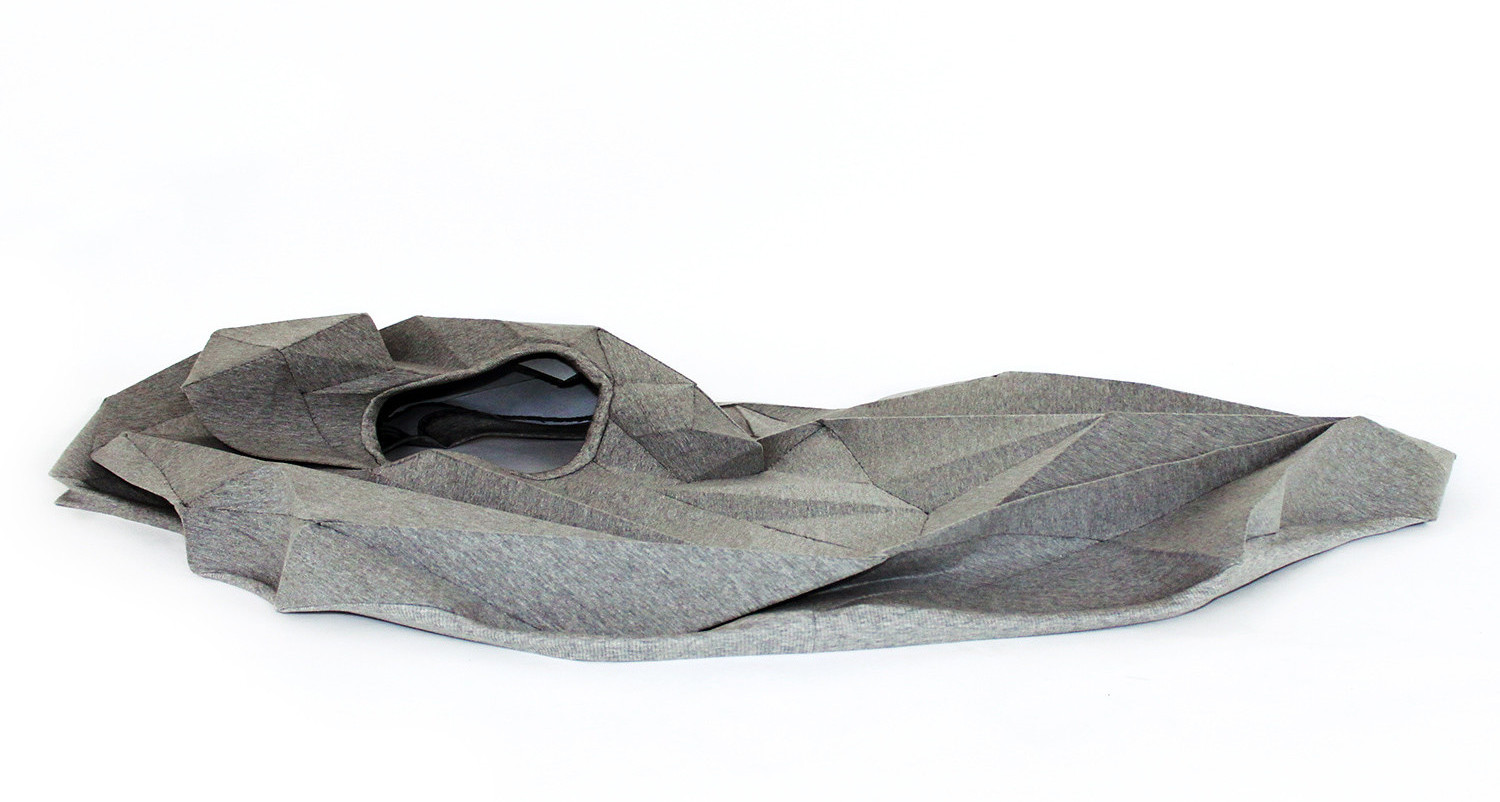 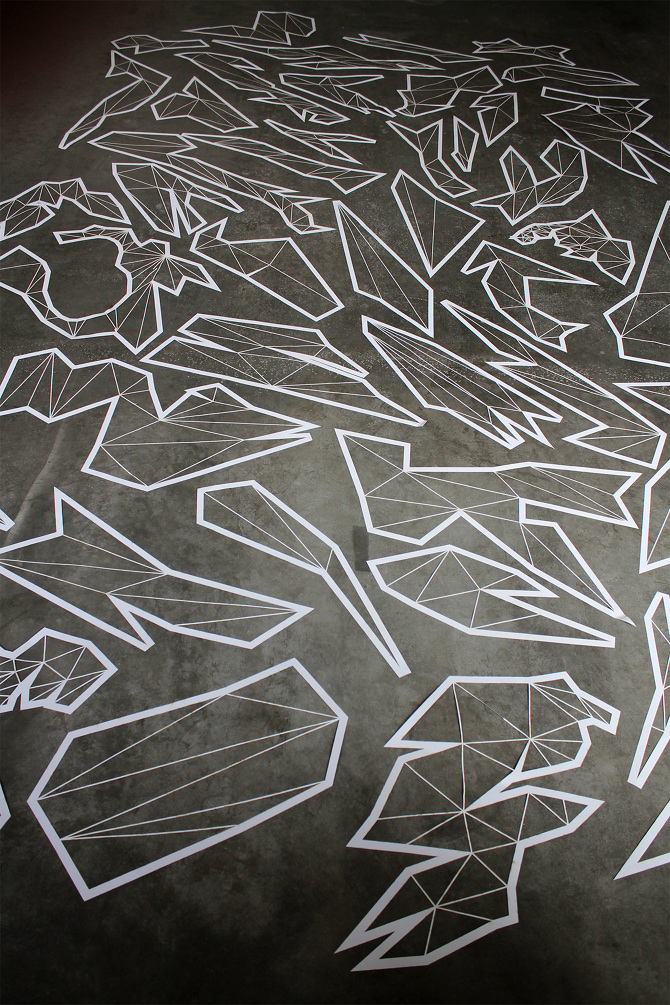 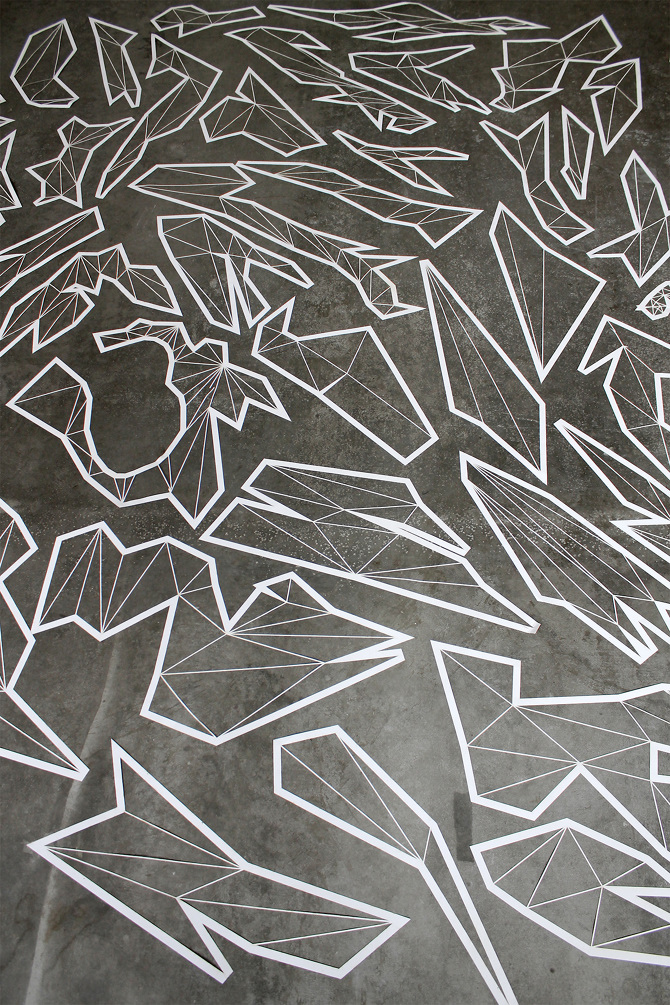